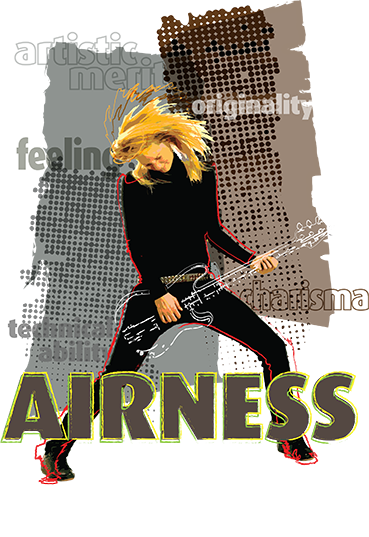 An exuberant reminder that everything we need to rock is already inside us.

When Nina enters her first air guitar competition, she thinks winning will be easy. But as she befriends a group of charismatic nerds all committed to becoming the next champion, she discovers that there’s more to this art form than playing pretend; it’s about finding yourself in your favorite songs, and performing with raw joy. Will Nina be able to let go and set herself free onstage? Following her mission to shred or be shredded, Airness is an exuberant reminder that everything we need to rock is already inside us. A comedy about competition, completion, and finding the airness inside yourself. 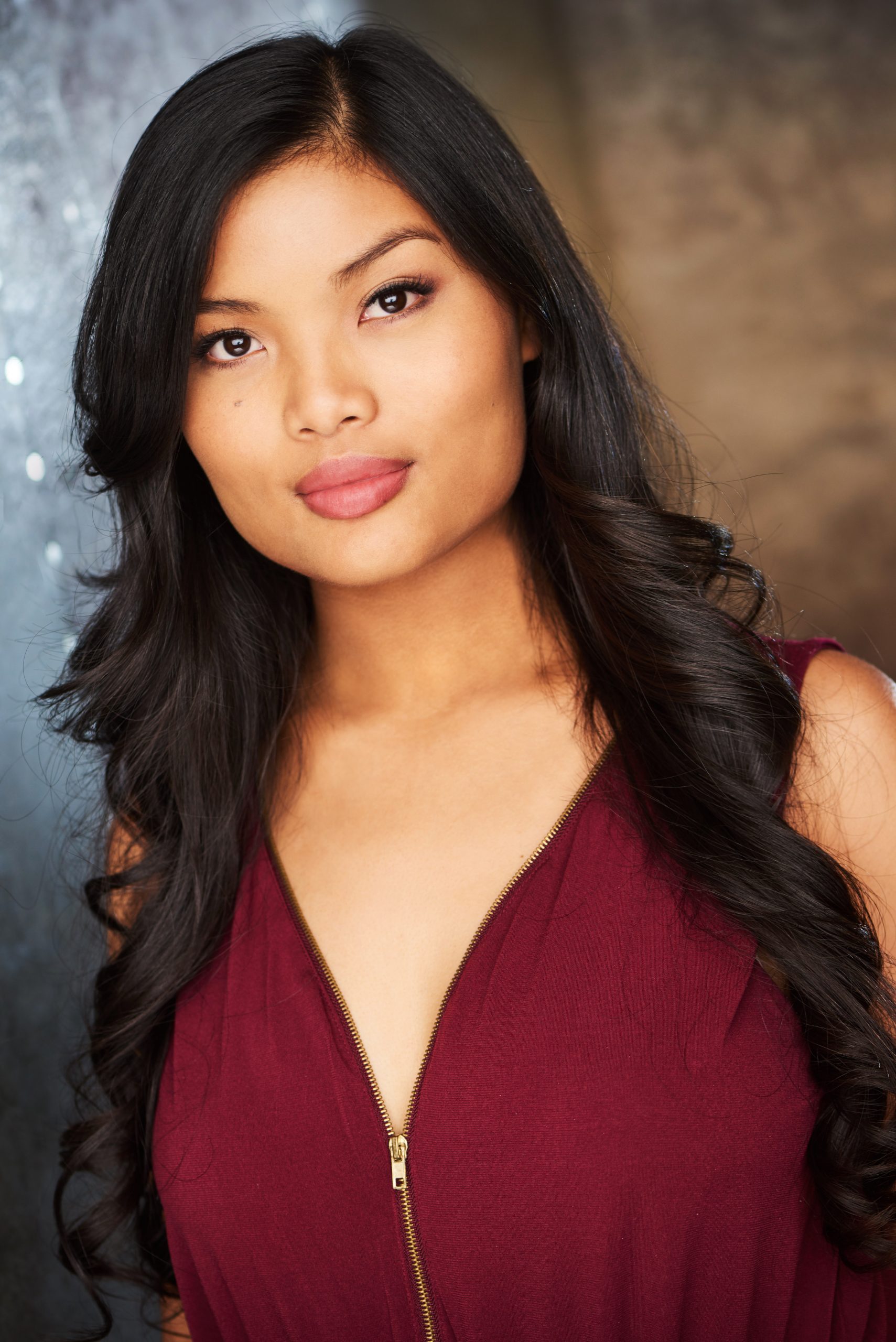 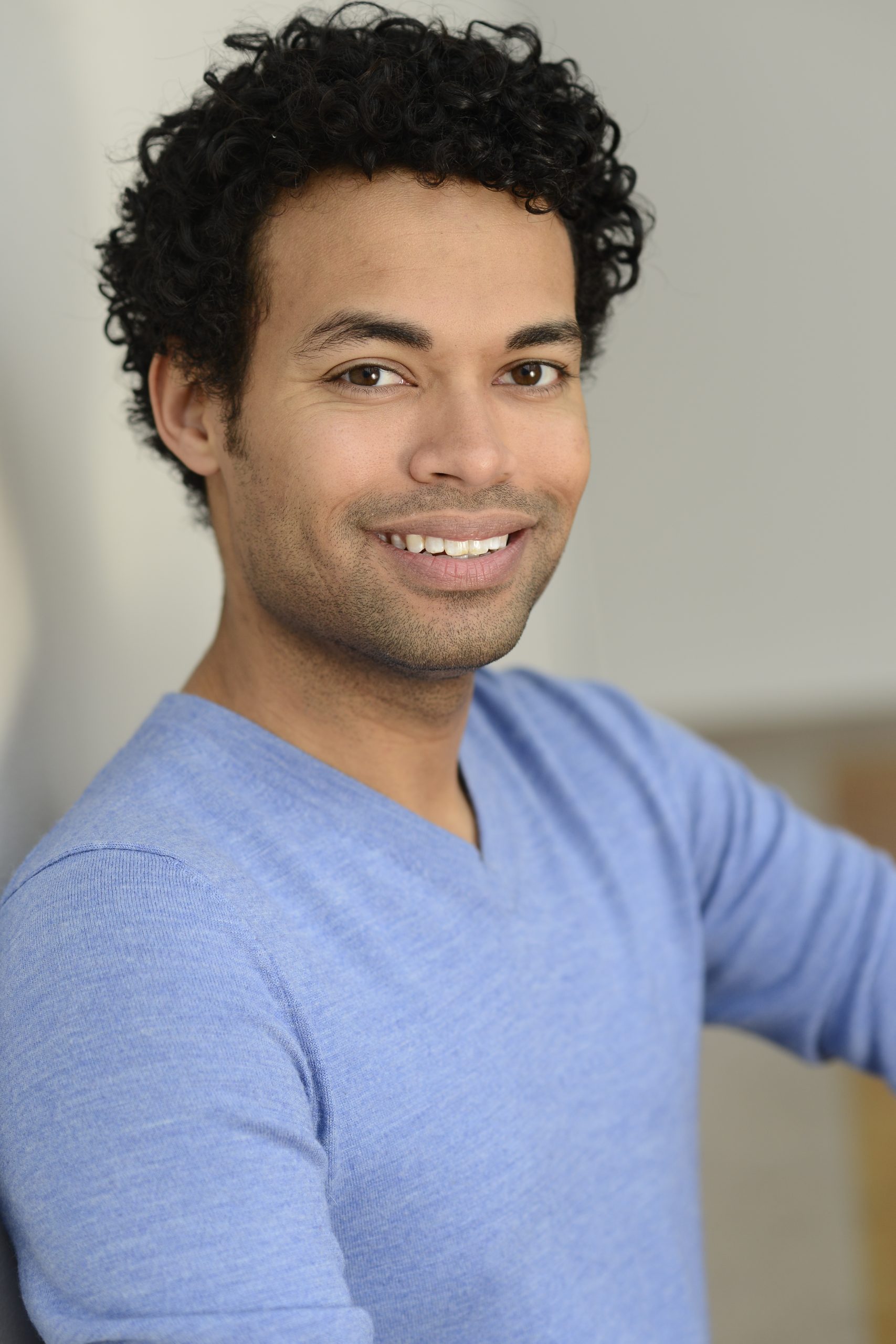 ANDREW IAN ADAMS is grateful for the opportunity to rock with the magic of Airness. Past Human Race Theatre credits include Avenue Q (Bad Idea Bear), and staged readings of Gingerbread Children (Hanzel) and Sweat (Oscar). His past regional credits also include Neverwhere (Old Bailey), Puffs (Cedric/Mr Voldy), Mercury (Brian), and The Fisherman’s Wife (Octopus). He has also appeared in print and commercial ads for national brands such as Tidy Cats, McDonalds, Kroger, and Glad. He is thankful for everyone doing their part to help keep theatre safely alive and active amidst this past year. Follow @GoodHairGeek 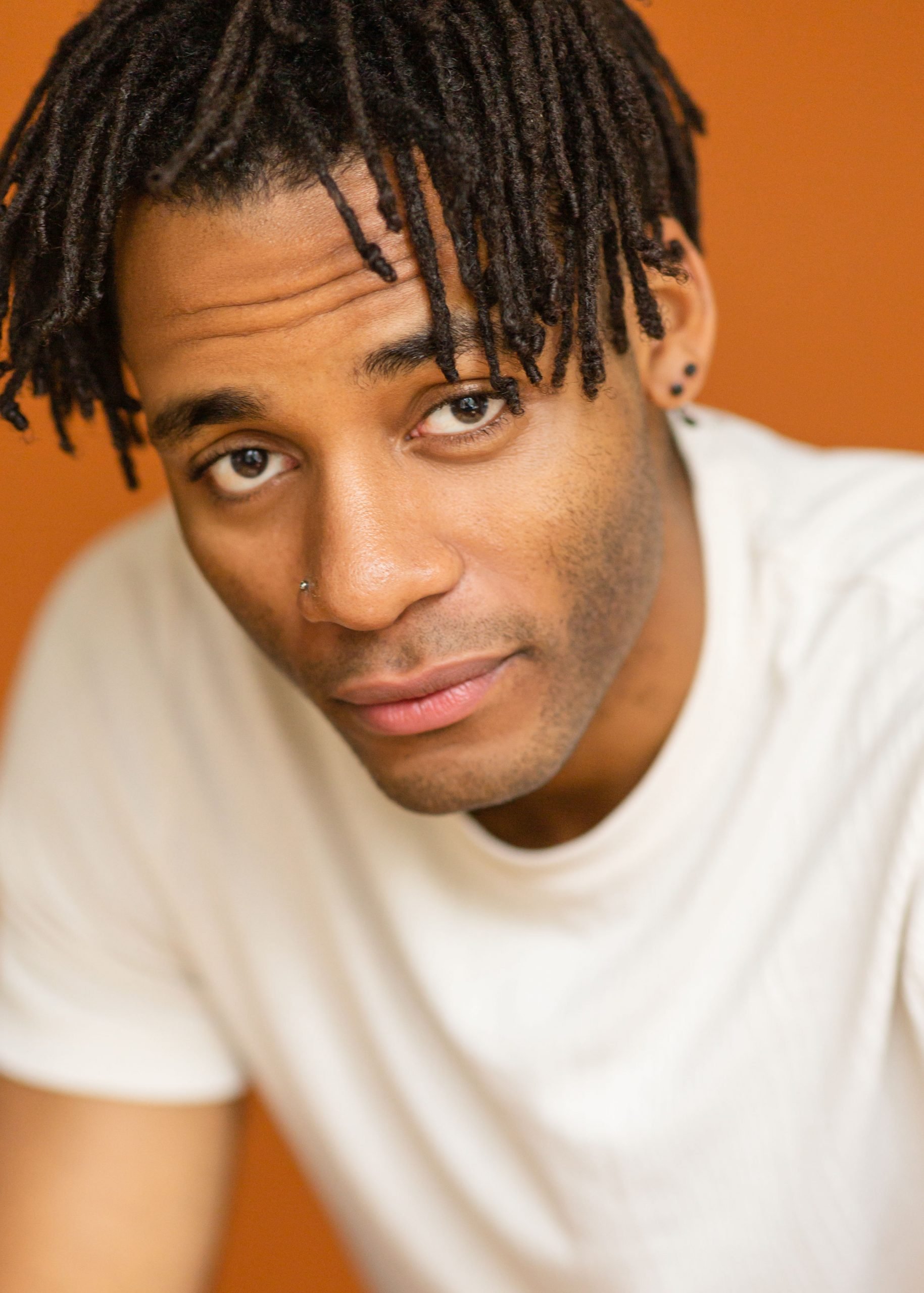 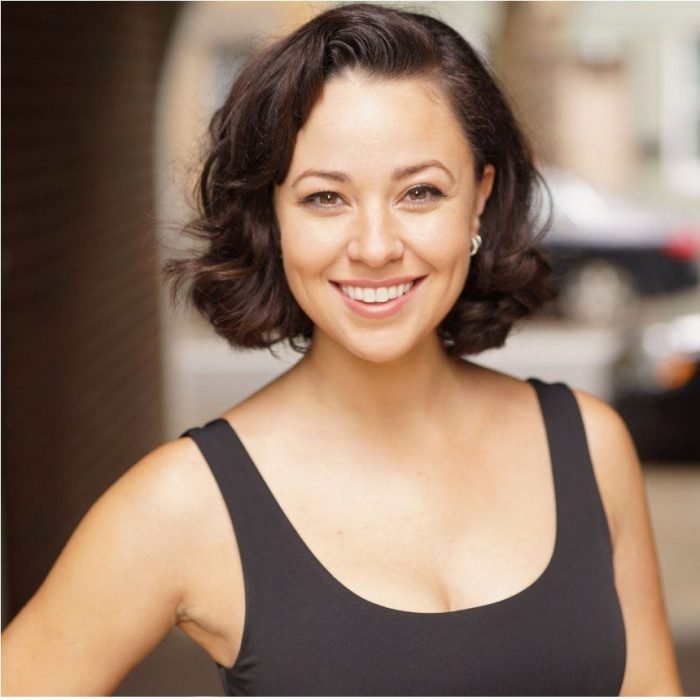 ALLISON KELLY is thrilled to be returning to The Human Race Theatre! Allison was last seen at HRTC in Red Blooded All American Man. Other favorite theatre credits include: The Other Josh Cohen (dir. Hunter Foster), The Hello Girls, American Idiot, Little Orphan Danny, Almost Heaven: John Denver’s America, and multiple productions of Ring of Fire. TV: The Helpsters for Apple TV+. Allison co-created and helmed an all female creative team for Ramblin’ Rose: the Women who made country music and tours nationally with Not Fade Away: Rock n’ Roll: Reignited!  and Darlin Companion: the music of  Johnny Cash and June Carter. Her original music can be found with her band, Southpaw Green. Thanks to cast and crew for making all her air dreams come true! @akplaysmusic www.allisonannkelly.com

JAMES ROSELLI is thrilled to be returning to the stage after an 11 year hiatus with this cast and crew. First, and foremost, I want to dedicate this performance to you, the people. Stay strong and healthy! Previous credits include Little Shop of Horrors, Jesus Christ Superstar, The Music Man, The Tragedy of Macbeth, Urinetown, Godspell, Miss Saigon, West Side Story, and many others. Special thanks go out to my Parents, Aunts and Uncles, Brother and Sister, my sister-in-law and my sweet nephew Luca. Without your continuous love and support none of this would be Possible! 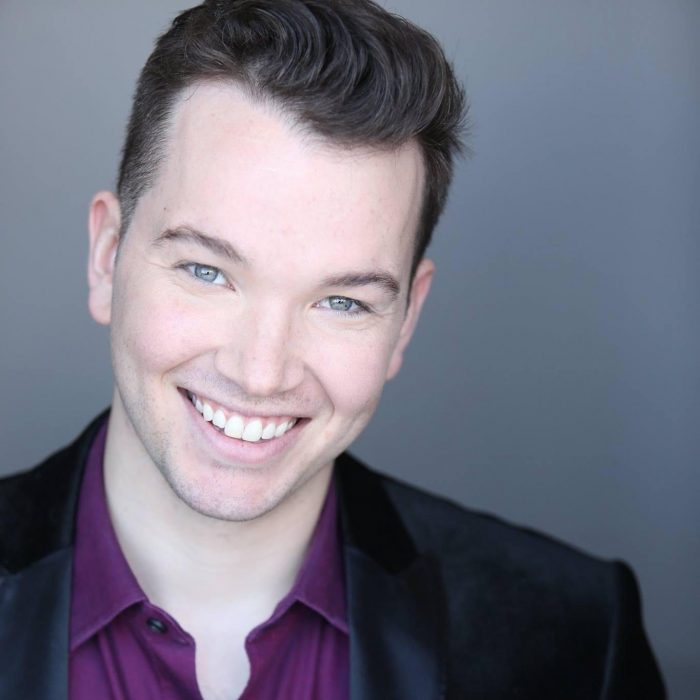 ZACK STEELE is overwhelmingly grateful and proud to be returning to The Human Race (in every sense) for this production of Airness. He last appeared on The Loft Theatre stage as Anthony in Sweeney Todd for HRTC’s 30th Anniversary Season, and also appeared as Patrick in Mame in 2014. Some other favorite regional credits include: Johnny Cash in Ring of Fire (Beef & Boards), Young Ben in Follies (Short North Stage), Bob Cratchit in A Christmas Carol (Hanover Theater), and Jimmy in Hank Williams: Lost Highway (Infinity Theatre). A huge congratulations and thank you to Kevin Moore for all that he has done and will do for this arts community, and all the love to Zack’s friends and family, without whose support he would not be back on stage today.  @steeleyducats http://www.SoundCloud.com/Zack-Steele 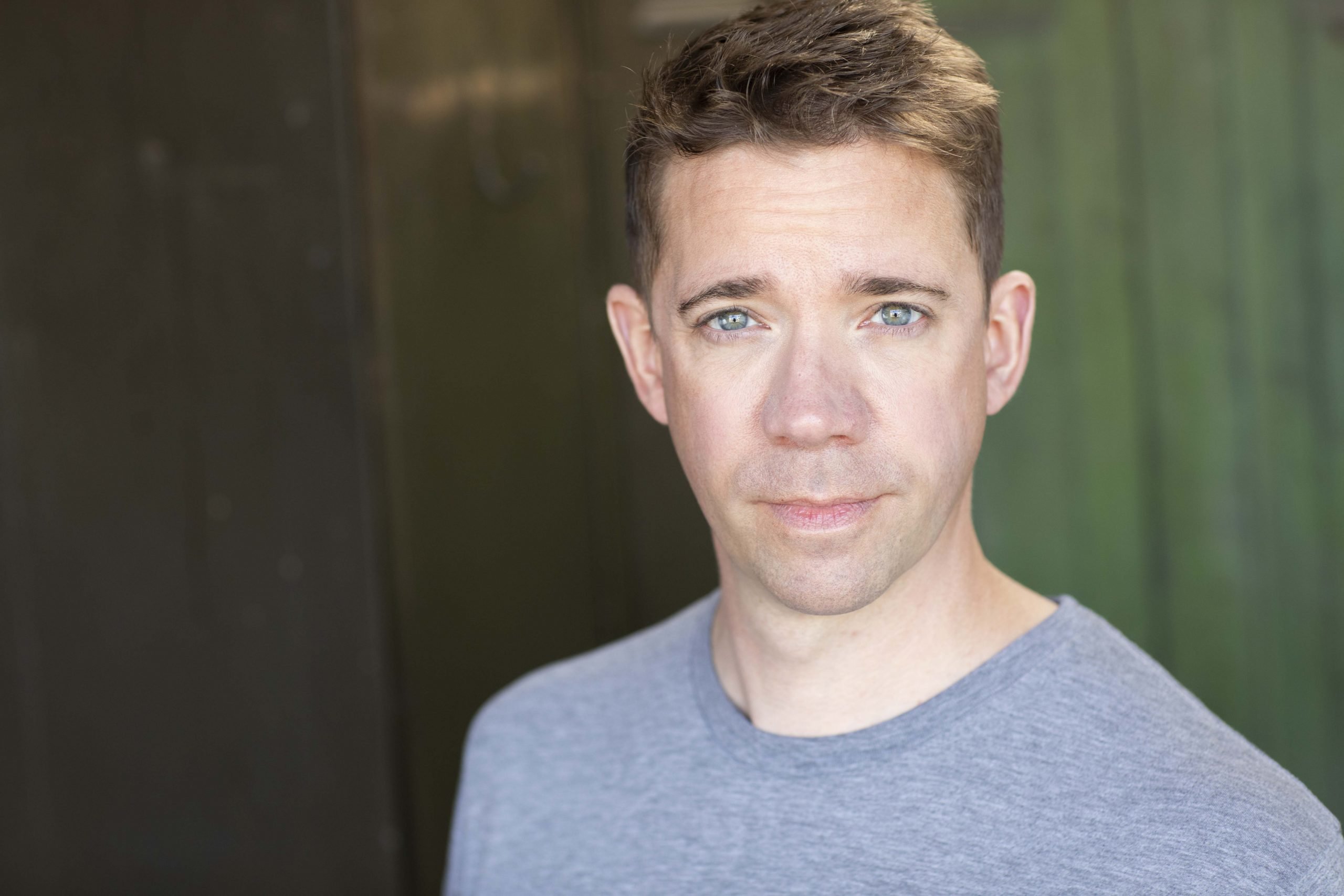 DREW VIDAL is delighted to return to The Race in such epic fashion. He last appeared here as the Gentleman Caller in The Glass Menagerie. When not onstage, Drew moonlights as a college professor, coordinating the acting program at Ball State University. Recent onstage credits include Thomas Kinnear in the world premiere of Alias Grace at Rivendell (Chicago), Rob in The Book Club Play at Kansas Rep, Johan Holst in a reading of Oslo at Off Square (Jackson Hole), Wessex in Shakespeare in Love at the Illinois Shakespeare Festival, and Death in Everybody at his day job up the road.

Dick is always happy to return to The Human Race. Company credits: Around the World in 80 Days, A Christmas Story, The Full Monty, Mame as well as numerous other plays. Other credits include Coriolanus, The Bungler, Amadeus and A Midsummer Night’s Dream at The Shakespeare Theatre of New Jersey as well as: The Flick (Pittsburgh Playhouse), and Parade. His work has also been seen at The Warehouse Theatre (Greeneville, South Carolina), Virginia Stage Company, The Weston Playhouse (Vermont), The Pittsburgh Public Theatre, and McCarter Theatre Center. Dick is on the design faculty and serves as the Associate Head of the School of Drama at Carnegie Mellon University. He received his MFA from Northwestern University.

Janet is costuming her twenty-first show for HRTC. Costuming credits include The Revolutionists, Now and Then, Banned from Baseball, The House, Family Ties, Hail Mary!, Sweeney Todd, One Slight Hitch, Steel Magnolias, The Full Monty, Vanya and Sonia and Masha and Spike, Family Shots, Taking Shakespeare, Other Desert Cities, Torch Song Trilogy, Avenue Q, Band Geeks!, 8 Track, Permanent Collection, The 39 Steps, and two touring shows. She has costumed productions for Yellow Brick Theater, Town Hall Theatre, joint productions for CCM and The Carnegie Visual and Performing Arts Center, Dayton Playhouse, Beavercreek Theatre, and Memorial Hall in Cincinnati. As a former Norwood City Schools artistic director/teacher she designed, directed, and costumed numerous shows over a period of 37 years. She continues to support theatre in schools, through volunteering, donations, and as an adjudicator with the Miami Valley High School Theatre Awards. 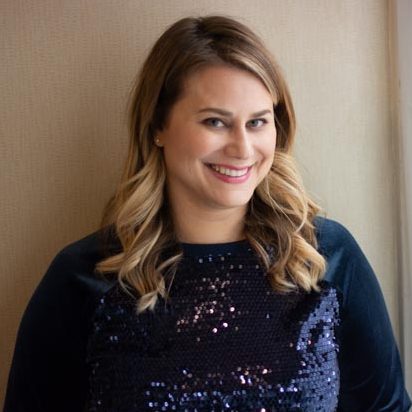 Chelsea Marcantel is an LA-based writer, director, and collaborator.

Reared by Cajuns in southwest Louisiana, Chelsea has lived and worked among the peoples of the Midwest, Appalachia, the Mid-Atlantic, and now the West Coast. In 2016, she completed a Lila Acheson Wallace American Playwrights Fellowship at The Juilliard School. Her plays, which have been produced across the US and Canada, include Airness (2018 M. Elizabeth Osborn New Play Award), Everything is Wonderful, Tiny Houses (2018 Roe Green Award), Ladyish, Devour, and the online theatrical experience Citizen Detective (NY Times Critic’s Pick).

Chelsea has been entrusted with teaching young minds at Virginia Intermont College and Emory & Henry College, and loved every minute of it.  As a writer, she is extremely interested in humans as small-group primates, and what happens when the rules and value systems of our chosen groups cease to serve us.  She reads a lot of books, watches a lot of documentaries, and listens to a lot of podcasts.  Chelsea is an enthusiastic member of The Writers Guild of America and The Dramatists Guild, and runs with a kick-ass group of activists called The Kilroys.

Chelsea’s current theatrical projects include the new plays Vanishing Act commissioned by the Geffen Playhouse, Lake Erie Oubliette commissioned by Cleveland Play House, and The Upstairs Department, which will have its world premiere at Signature Theatre DC in 2022. She is also working on (at last count) five commercial musical projects, as well as writing the book for the original musical The Monster, commissioned by Chicago Shakespeare Theatre, for which she won a 2021 Richard Rodgers Award for Musical Theatre.

Regional and US Air Guitar obeys the rules set forth by the Air Guitar World Championship:

All performances are scored on a scale from 4.0 to 6.0, with 6.0 being the highest.  Scores are given to one decimal point (ie: 5.4, not 5.48).  A single score is given to each air guitarist based on their overall performance in that round.  The scores from BOTH ROUNDS are added to determine the contestants’ final scores.  This combined score determines the winner.

The score reflects the quality of the performance based on three key criteria: