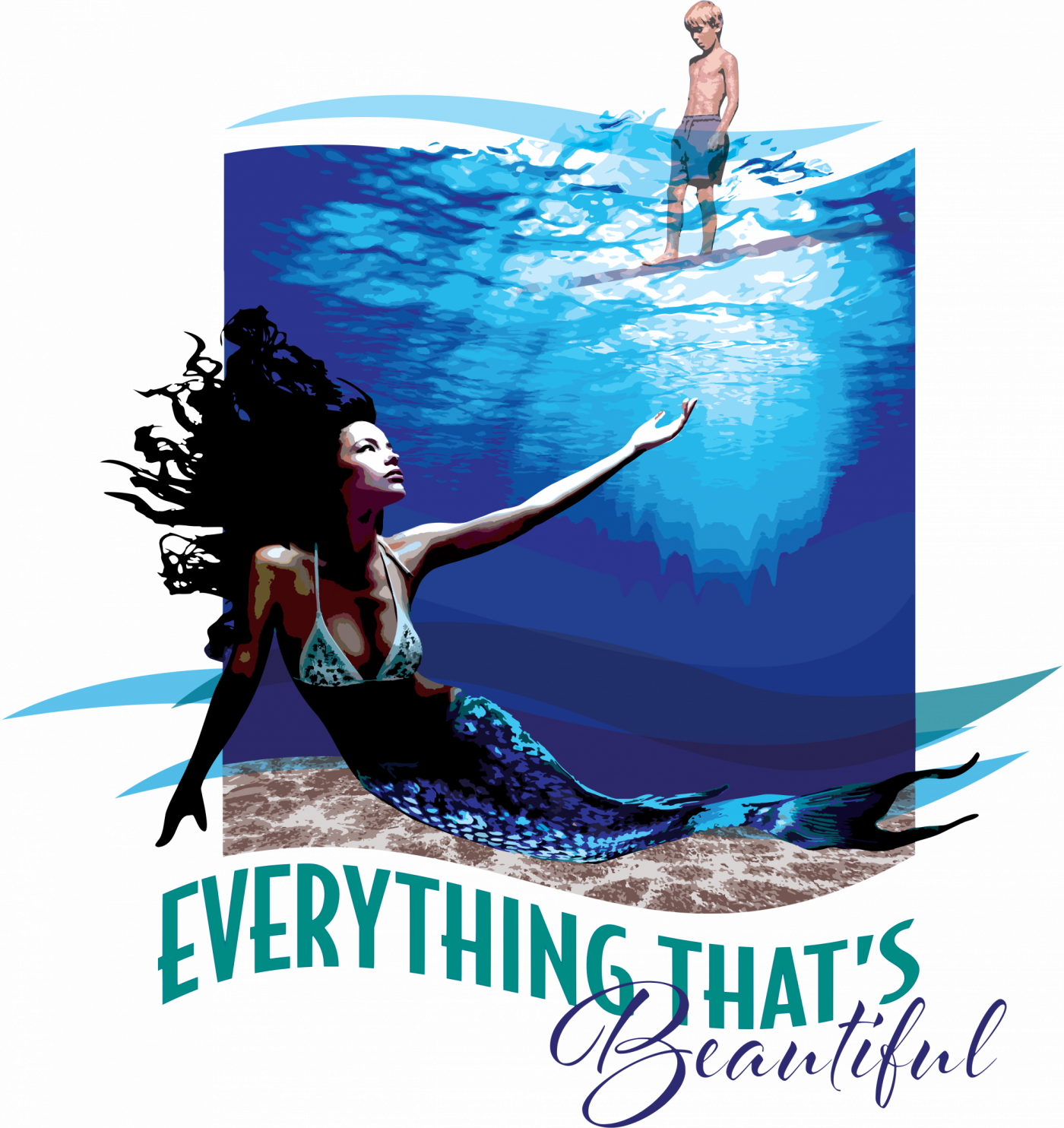 A moving exploration of a family in transition.

When Luke and Jess decide to support their 10-year-old Morgan, who was assigned male at birth but identifies as female, they relocate in order to give the family a clean start. Luke takes a job at the local waterpark, where he meets Gaby, the girl in the mermaid tank. With money tight, Jess starts working at a local coffee shop where she meets Will. These new relationships provide an escape from an already complicated family life. But when an accident threatens to expose the truth about Morgan, tensions run high. Luke finally admits the real reason they moved, a confession that could potentially destroy their family. Faced with losing his child and his family, Luke must decide what’s worth fighting for.

Everything That’s Beautiful is produced through a special arrangement with the playwright.

Place: A backyard, an apartment, a coffee shop, and a mermaid tank

Eric is thrilled to be back at The Human Race Theatre Company where he was last seen as Eugene in Brighton Beach Memoirs. He is originally from the Rochester, NY area and earned his BFA in Theatre and Dance from the State University of New York at Fredonia. Eric has traveled the world with Disney Cruise Line appearing onstage as Peter Pan and also as an original cast member of Tangled the Musical. In his spare time Eric plays French Horn with the LGBAC Symphonic Band in New York City and is an avid knitter. Favorite credits include the title role in the stage musical Peter Pan, West Side Story, All Shook Up, Lend Me a Tenor, Beauty and the Beast, A Chorus Line, Assassins, and 42nd Street. Member of Actors’ Equity. For my family, Julian and Gigi. 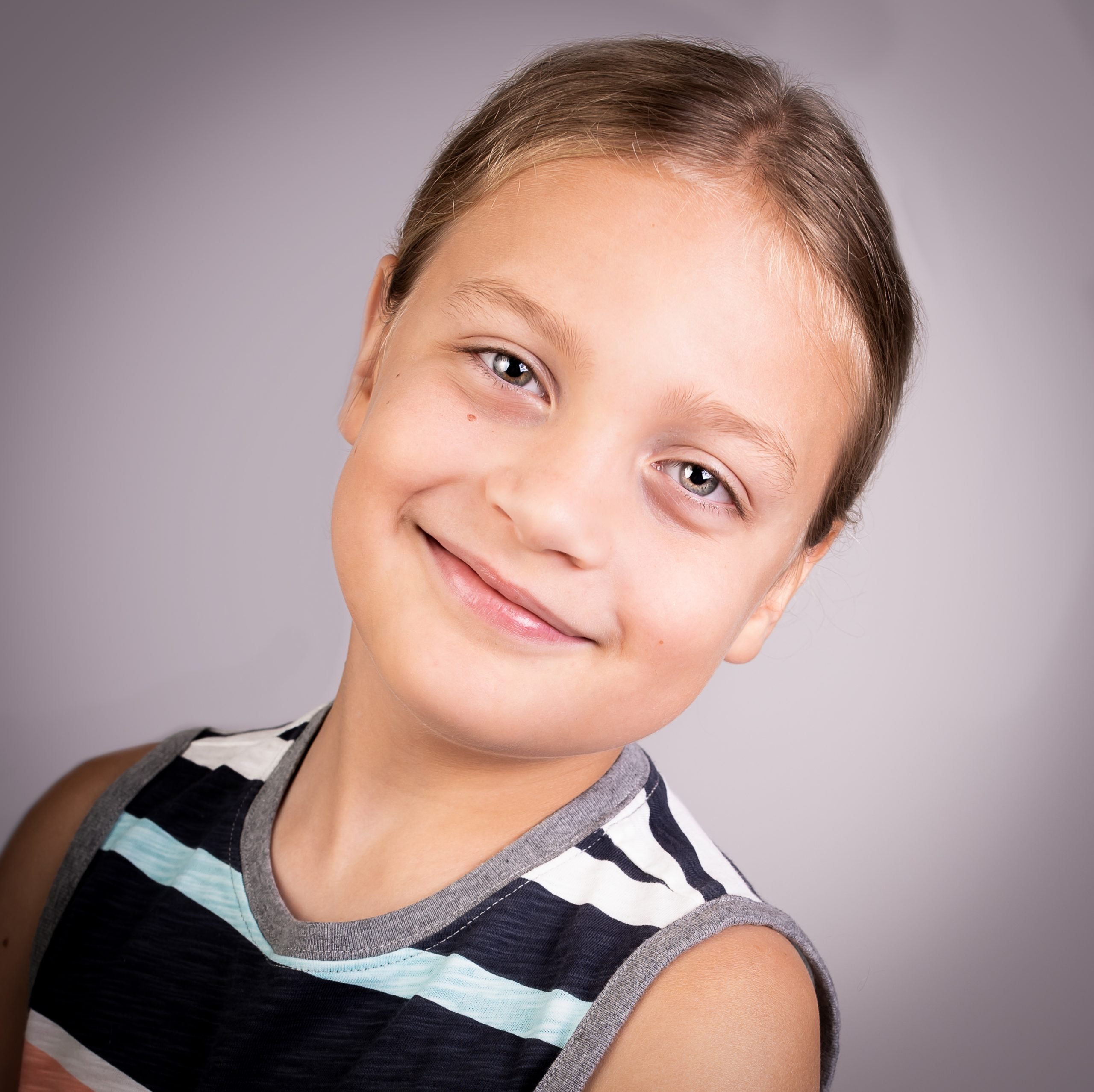 Jax is honored to make his debut with The Human Race Theatre for this important role. A Dayton local, Jax has most recently appeared on the La Comedia stage as Randy in A Christmas Story, and as Flounder in The Little Mermaid. Jax is nine years old, in 4th grade, and has performed in local productions of The Grunch, Newsies, and Joseph and the Amazing Technicolor Dreamcoat.  Jax wants to thank his family, friends, and coaches for their continued support, and encourage other kids to be themselves no matter what, because every child deserves a voice! #speechapraxiaawareness 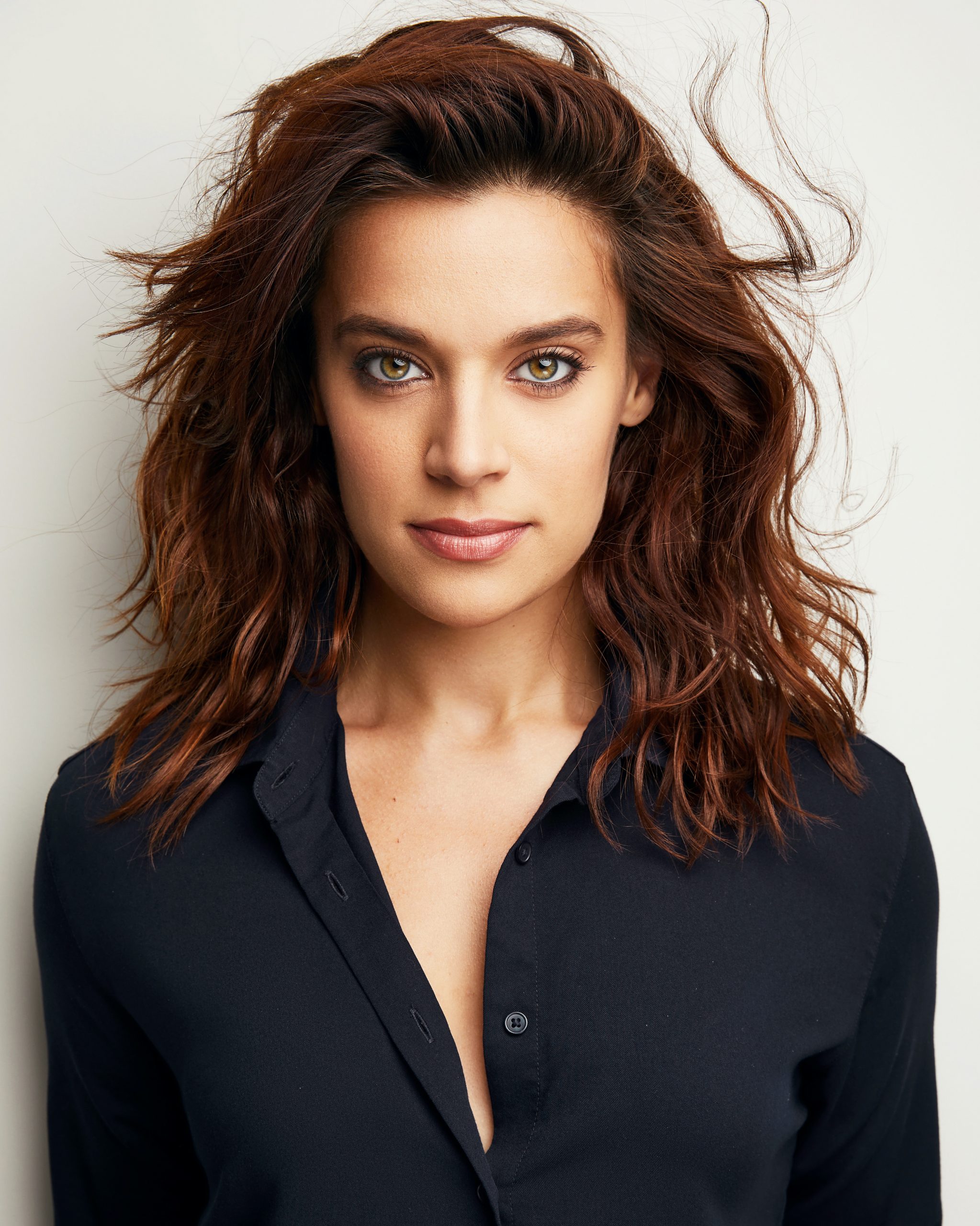 Justin is thrilled to be onstage with The Human Race for the first time after appearing in their streaming production of Now and Then last spring.  He moved to Ohio in 2006, when he joined the Cincinnati Shakespeare Company and since then he has worked on over 100 productions there. Favorite productions include: Henry V, Death of a Salesman, The Grapes of Wrath, Othello, Rosencrantz and Guildenstern Are Dead, and Noises Off. He has also appeared onstage at Ensemble Theatre Cincinnati and Know Theatre. He sends special thanks to his wife, local actress and playwright Maggie Lou Rader and their three hilarious pets.

Kelly is elated to be returning to The Human Race!!! She was last seen here (too long ago!) in Brother Wolf  and Shenandoah.  Living in Cincinnati, she has been working with the Cincinnati Shakespeare Company, Ensemble Theatre Cincinnati, Cincinnati Playhouse in the Park, Know Theatre Cincinnati, Xavier University, and Tantrum Theatre with Ohio University.  Film credits include Dark Waters, Old Man and the Gun, A Kind of Murder, Perception, Healing River, and  C.S.A.: The Confederate States of America.  She sends special love to her husband, Jeremy.  kellymengelkoch.com 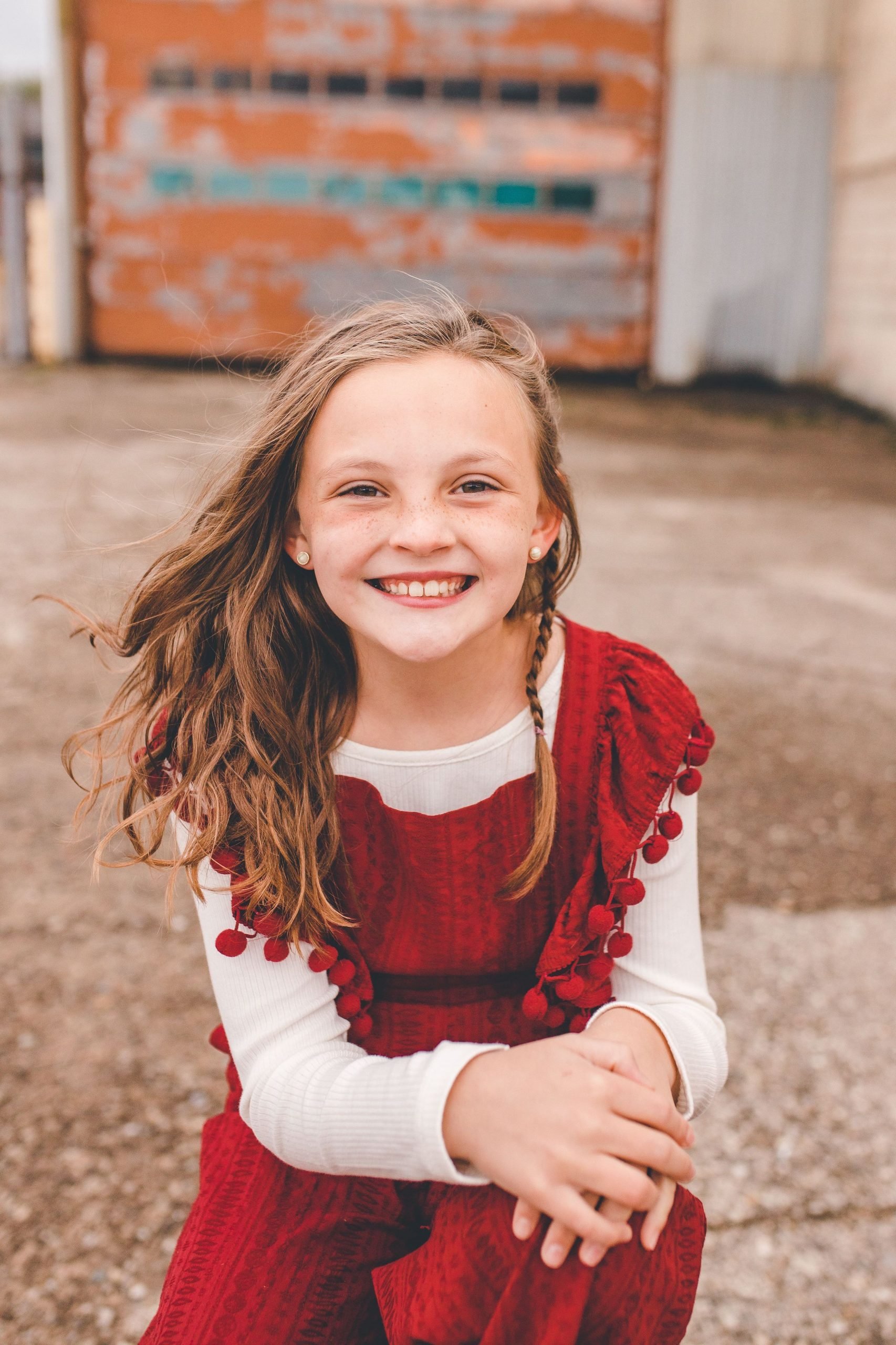 Isabella is thrilled to be making her professional debut. Her credits include Inside Voices with The Chickasaw Nation Arts Academy and a showcase for her acting class at Town Hall. Isabella attends the Montessori School of Dayton as a 4th grader, where she loves art and music. She is an award-winning Irish Dancer with McGovern Irish Dance where she has been dancing since 2016, competing in over a dozen competitions and performing for thousands. She loves spending time with her friends, drawing and playing outside. Isabella would like to thank her mom, dad and family for believing in her.

David is thrilled to return to The Human Race Theatre where he last designed Lady Day at Emerson’s Bar and Grill in 2019. David is the costume shop manager for Asolo Repertory Theatre in Sarasota, FL, where he first began his residency 25 years ago. He also recently designed Pippin for freeFall Theatre in St. Petersburg, FL and At the Wake of a Dead Drag Queen for Urbanite Theatre in Sarasota, FL.  David is excited to be working on Everything That’s Beautiful for many reasons, especially being able to share in Kevin’s last season as Artistic Director.

Tammy is delighted to return to The Human Race Theatre!  A few of her favorite designs at HRTC include Gloria: A Life!, Banned from Baseball, Family Ties, Crowns, Other Desert Cities, Becky’s New Car, Lombardi, and Managing Maxine. She also enjoys designing theatre for young audiences, having designed ten shows for Cincinnati Playhouse in the Park’s Educational Touring Company. Her designs have been on stages from New York City to the Midwest and as far south as Florida.  She co-authored the book, The Fake Food Cookbook. Currently, she is an Associate Professor of Scenic Design at Kent State University.  Check out her website at www.tammyhonesty.com

Alex is a Wright State graduate of the Design and Technology program, with an emphasis in Sound Design. He has previously worked for Norwegian Cruise Lines before the pandemic, and is happy that theater is returning. He recently worked as Sound Engineer for The Revolutionists,  Airness, and Sound Design & Engineer for Who’s Holiday! at The Human Race Theatre Company, and will be working with them throughout their current season. He is happy to be working on this production, and back to sound designing.

Kevin Moore is the Artistic Director and Founding Member of The Human Race Theatre Company, having served previously from 1986 – 2011 as Executive Director. He has directed Human Race productions of The Gifts of the Magi, A Day in Hollywood/A Night in the Ukraine, The Rocky Horror Show, Beehive, Zombies from the Beyond, Children of Eden, Bat Boy, Convenience, Shenandoah, Play It by Heart, Mame, Fiddler on the Roof, An Act of God, Looped and world premieres of Tenderly, Green Gables, Wild Blue, Family Shots and Family Ties. Kevin produced the world premiere of the musical Was, produced and directed the midwest premieres of Harold & Maude and Ordinary Days, produced the Midwest premiere of the Stephen Schwartz musical Snapshots: A Musical Scrapbook, the premiere of Gregg Coffin’s right next to me, and the world premieres of Eric Ulloa’s 26 Pebbles and Patricia O’Hara’s Banned From Baseball. In 2003, Kevin was inducted into the Dayton Theatre Hall of Fame and in April 2010, he and Marsha Hanna received the Governor’s Award for Arts Administration. Kevin Moore is a member of the Society of Stage Directors and Choreographers, an independent labor union.

Reviews for Everything That’s Beautiful

On Thursday, February 17 at 7:15 pm in the Loft lobby, the regular “Inside Track” will feature the Director of Everything That’s Beautiful, Kevin Moore. He will be joined by Heather Stewart, MD, FAAP , Chief, Div of Adolescent Young Adult Medicine, Dayton Children’s Hospital.  Together they will provide insights to the play, which begins at 8 pm.

While We’re On The Subject

The role of “Morgan” will be played by Jax Heritage and Isabella Roberts.  Their alternating schedule* is as follows: 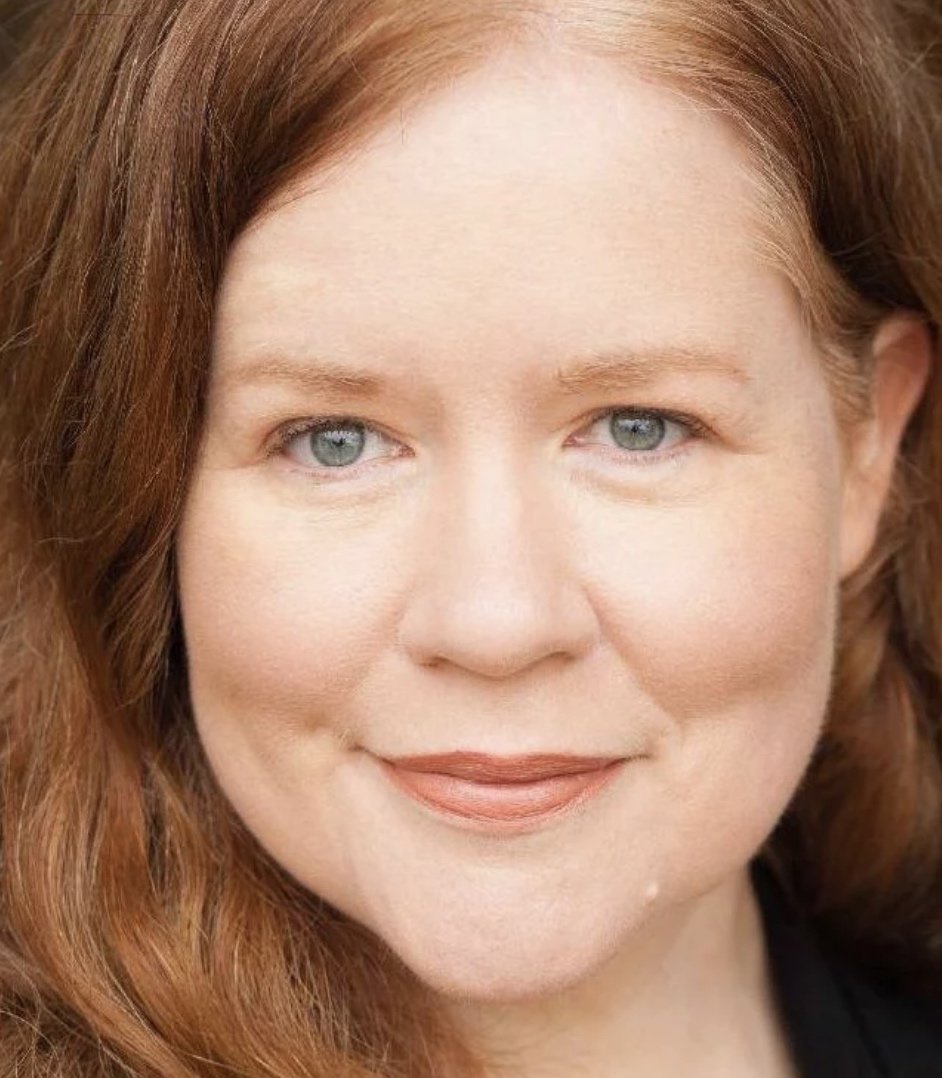 Elyzabeth Gregory Wilder’s plays include Gee’s Bend, Fresh Kills, The Flagmaker of Market Street, The Furniture of Home, White Lightning, Provenance, and Everything That’s Beautiful. Her plays have been produced at the Royal Court (London), Alabama Shakespeare Festival, Denver Center, Cleveland Play House, KC Rep, Northlight, the Arden, B Street Theatre, and Hartford Stage, among others. Her one act, “Santa Doesn’t Come to the Holiday Inn” was featured in the Marathon of One Act Plays at the Ensemble Studio Theatre.

New work includes The Light of the World, which explores our relationship with Confederate iconography. It was workshopped at the Alabama Shakespeare Festival’s Southern Writers’ Festival in 2018. Her play, Looks Like Pretty, which explores racial bias and the development of color photography, was a co-commission from the Geva Theatre and the Sloan Foundation. It will premiere at Geva in the 2019-2020 season.

Other plays include A Requiem for August Moon (Pioneer Theatre workshop), The Bone Orchard (Denver Center commission, Great Plains Theatre Conference), and a short play for the acclaimed My America, Too project (Baltimore Center Stage), as well as four commissions from the Alabama Shakespeare Festival.

Elyzabeth is the recipient of the Osborn Award given by the American Theatre Critics Association and is a graduate of the dramatic writing program at New York University. In 2018 Elyzabeth traveled with the Alabama Shakespeare Festival on their State of the South tour where they hosted town hall discussions in 12 cities throughout the South as they explored the changing face of Southern identity.

Elyzabeth is the current Tennessee Williams Playwright-in-Residence at Sewanee: The University of the South where she teaches playwriting.

Bio and image courtesy of https://www.wilderwriting.net/

Download a copy of the official playbill, optimized for use on mobile devices, for comprehensive information about this production. 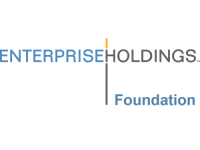 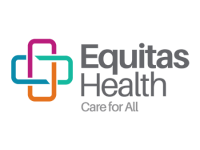