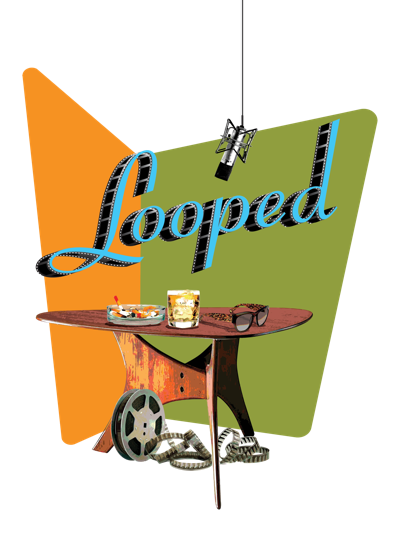 Based on a real event featuring a Hollywood legend.

Based on a real event, which has been the subject of gossip for years in Hollywood, Looped takes place in the summer of 1965, when an inebriated Tallulah Bankhead, well-known for her husky voice, outrageous personality, and devastating wit, returns to the studio to redub — or loop — one line of dialogue for her last movie, Die! Die! My Darling! Bankhead’s outsized personality dominates the young, frustrated film editor who is knocked for a loop by the tempestuous stage and screen icon. 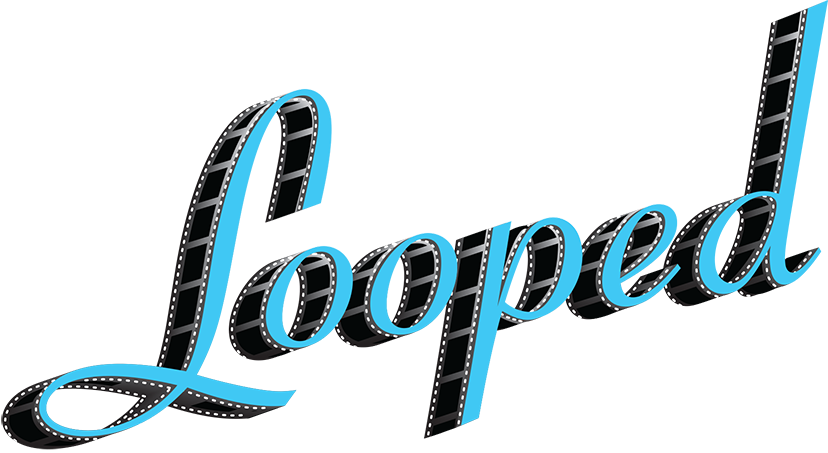 Marcy is thrilled to be returning to The Human Race with Looped after our long pandemic hiatus.  She last played Marie, her Daytony-nominated role in Lombardi. Recent credits include Steel Magnolias and Into the Breeches at Alabama Shakespeare Festival; Separate Beds at Flat Rock Playhouse; Swingtime Canteen at Arrow Rock Lyceum; Once at Ivoryton Playhouse; Ring of Fire at Stages Rep and Red Herring at Portland Stage.  NYC: The Divine Sister, The Piper, Meet Me in St. Louis, Shanghai Moon, Swingtime Canteen.  Nat’l Tour: 42nd Street (Carbonelle Nomination). Regional favorites include Vanya and Sonia and Masha and Spike – Flat Rock; The Sisters Rosensweig – Capital Rep; Other Desert Cities –  The Fulton Theatre. TV/Film: Humor Me, Inside Amy Schumer, People in New Jersey, GTA 4, Ghost Stories.  Thank you to the entire Human Race Team for keeping Theatre alive.  Thank you Darling Audience without You we Theatre Folk are merely Dreamers.

Jaryl is truly excited to make his main stage debut with The Human Race Theatre Company. Most recently you may have seen him in HRTC’s reading of Sweat as Jason. Other favorite Regional credits include: Christy in The Lieutenant of Inishmore (Savannah Repertory Theatre), Uncle Peck in How I Learned to Drive (Stone Soup Theatre), Mr. Elton in Jane Austen’s Emma (Book It Rep), Jerry in The Amazing Adventures of Kavalier and Clay (Book It Rep), Father Flynn in Doubt (Stone Soup Theatre), Jim/Tom/Kenneth in Clybourne Park (The Warehouse Theatre), and Freddy in Noises Off (SecondStory Rep). He received his degree from Central Washington University and is a proud member of Actors‘ Equity Association. He would like to thank Madison for her unending love and support.

Scott considers himself very fortunate to be in this production of Looped, which will forever mark HRTC’s return to on-stage performing with full capacity audiences. Just prior to the pandemic, he performed the role of Gabriel in An Act of God and sang his way through Americana Christmas. During the shut down, The Human Race continued to produce shows virtually, many of which had Scott’s involvement. He was the older Man in Now and Then, filmed on location at Mudlick Tap House. Other past roles include Roy Cohn, Angels in America; Gerard Carriere, Phantom; Gardner Church, Painting Churches; Lyman Wyeth, Other Desert Cities and the title role in Sweeney Todd. Scott also spent 9 summers serving up justice at the Old Courthouse with Dayton History’s Old Case Files. In 2002 Scott received a Lifetime Achievement Award from the Montgomery County Arts & Cultural District. At 70 this year he proudly affirms,  ”I’m not finished yet!”

Kevin Moore is the Artistic Director and Founding Member of The Human Race Theatre Company, having served previously from 1986 – 2011 as Executive Director. He has directed Human Race productions of The Gifts of the Magi, A Day in Hollywood/A Night in the Ukraine, The Rocky Horror Show, Beehive, Zombies from the Beyond, Children of Eden, Bat Boy, Convenience, Shenandoah, Play It by Heart, Mame, Fiddler on the Roof, An Act of God, and world premieres of Tenderly, Green Gables, Wild Blue, Family Shots and Family Ties. Kevin produced the world premiere of the musical Was, produced and directed the midwest premieres of Harold & Maude and Ordinary Days, produced the Midwest premiere of the Stephen Schwartz musical Snapshots: A Musical Scrapbook, the premiere of Gregg Coffin’s right next to me, and the world premieres of Eric Ulloa’s 26 Pebbles and Patricia O’Hara’s Banned From Baseball. In 2003, Kevin was inducted into the Dayton Theatre Hall of Fame and in April 2010, he and Marsha Hanna received the Governor’s Award for Arts Administration. Kevin Moore is a member of the Society of Stage Directors and Choreographers, an independent labor union.

Eric is looking forward to working with HRTC again. He has a BFA from Wright State University’s Department of Theatre, Dance, and Motion Pictures. Professional credits include Scenic Design for The Human Race’s An Act of God, Sylvia, Americana Christmas, Sex with Strangers, Hail Mary!, Steel Magnolias and Miracle on South Division Street as well as Footloose, The Wizard of Oz, and The Music Man with the Springfield Arts Council’s Summer Arts Festival.

John is the long-term Resident Lighting Designer for The Human Race Theatre Company, Muse Machine, the Dayton Philharmonic Orchestra Pops series, and the Dayton Opera Association. He also serves as the long-time Technical Director for the Fraze Pavilion and has provided advanced technical production coordination, lighting designs, automation programming, and performance operation services for many artists and productions that have visited that venue. John also has a diverse dance lighting background, having provided lighting designs and technical production services for many years to The Dayton Ballet and Dayton Contemporary Dance Co. John’s national credits include a lighting design package for a National Touring Production of the Elton John/Tim Rice collaboration Aida. Some of his most recent local credits include all the designs for The Human Race’s season at the Loft Theatre; Muse Machine’s productions at the Victoria Theatre and the Dayton Opera Association’s season at the Schuster Center. At 70, John just had his tonsils removed. Ouch! 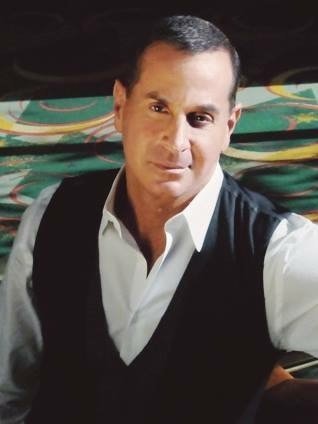