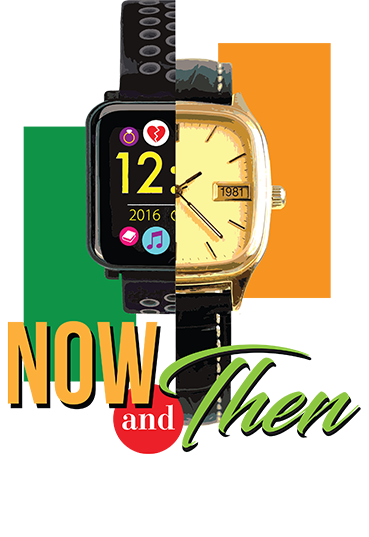 A romantic comedy/drama of love…time…and starting over

Sometimes what happens after last-call just might change your life forever. One night in 1981, just as Jamie is closing the bar where he works, a desperate last-minute customer offers him and his girlfriend Abby two thousand dollars to sit and have a drink with him. Who wouldn’t take it? As the trio swaps stories and Jamie considers the decisions he faces about his musical career and his future with Abby, the young couple begins to realize that this older man is unusually invested in their choices…and the reason he gives them is completely unbelievable. But when a very displeased second stranger arrives, the unbelievable begins to look like it just might be true. Now and Then is a heartfelt romantic comedy/drama about the costs of the choices we make, and the people who make them with us.

Now and Then is filmed on location at Mudlick Tap House, Dayton, Ohio

Justin is thrilled to be making his Human Race debut with Now and Then. Originally from Illinois, he moved to Cincinnati in 2006 as a company and since then he has worked on over 100 productions for CSC. Favorite roles there include Prince Hal/Henry V in their history cycle, Biff Loman in Death of a Salesman, Tom Joad in The Grapes of Wrath, Nick in The Great Gatsby, Cassio in Othello, Stanley in One Man, Two Guvnors, Rosencrantz in Rosencrantz and Guildenstern Are Dead, Freddy in Noises Off, and Justin in Every Christmas Story Ever Told. He has also appeared on Ensemble Theatre Cincinnati’s stage in Ripcord and This Random World and Know Theatre in Moby Dick, Silent Sky, and Pulp. He can be seen in the Netflix film Extremely Wicked, Shockingly Evil and Vile as Zac Efron’s lawyer. In 2018, he began volunteering at the VA in Ft. Thomas, KY using Shakespeare and ensemble building to help veterans with PTSD. He loves performing with his wife Maggie Lou Rader and spending time at home or in the garden with their three hilarious pets.

Scott considers himself very blessed to call HRTC his artistic home here in Dayton, though his career has taken him all over the country and Europe. Here are a few of his favorite roles — Papa Charlie, Shenandoah; Werner Heisenberg, Copenhagen; Horton the Elephant, Seussical; Roy Cohn, Angels In America; Gerard Carriere, Phantom; Gardner Church, Painting Churches; Lyman Wyeth, Other Desert Cities, and the title role in Sweeney Todd. He has also performed in many Musical Theatre Workshops and Monday Night Playreadings including My Von Trapp Dream by NY playwright Michael Slade and Looks Into My Eyes by local playwright Robb Willoughby. 2019 marked Scott’s 9th summer serving up justice at the Old Courthouse with Dayton History’s Old Case Files. Scott has received a Lifetime Achievement Award from the Montgomery County Arts & Cultural District.

Maggie Lou is pumped to be back at Human Race where she played Ellen Reed in the world premiere of Family Ties. This Oklahoma native attended William Jewell and the Birmingham School of Acting and has performed with Birmingham Old Rep, Kentucky Shakespeare, Know Theatre, Stage One, and the Cincinnati Shakespeare Company where she’s made fond memories playing Maggie in Cat on a Hot Tin Roof, June in Alabaster, and Jo in Little Women. She’s a proud member of Actors’ Equity and the Dramatists Guild and sends hugs and kisses to her family, fur babies, and favorite scene partner, Justin.

Libby recently appeared with The Human Race in two virtual play readings: Michael Slade’s Garden Politics and Robb Willoughby’s Look Into My Eyes. Other local roles include Eleanor in Lion In Winter, Birdie in Little Foxes, and Sylvia in The Women. She has also produced and directed benefit productions of The Vagina Monologues and Love Letters. Before moving to Ohio, Libby was a member of the resident acting company of the Academy Theatre in Atlanta. She has performed in productions from Shakespeare to the historical outdoor drama around the Southeast. Libby is a retired Montessori teacher and former AP award-winning newspaper columnist. She raised three daughters with her husband, Marc, in Troy, Ohio. In addition to her theatrical pursuits, Libby enjoys being a new grandmother of twins.

Jacquelyn is delighted to begin her fifth season with HRTC! Jacquelyn received her BFA in Theatre Design & Technology with an emphasis in Stage Management from Wright State University. During her collegiate years Jacquelyn had the pleasure of working for Adam Pascal, Jason Robert Brown, and Tom Hanks. Her first show with HRTC was Hail Mary! back in October 2016. After nine consecutive shows as the Production Assistant Jacquelyn was promoted to Production Stage Manager in Spring 2018 during Brighton Beach Memoirs. She is a proud member of Actors’ Equity Association and encourages you all to follow us on social media!

Janet is excited to be returning to HRTC to costume Now and Then. She has costumed several shows for The Human Race Theatre and will return later this season to costume The Revolutionists. She has also costumed joint productions for CCM and The Carnegie Visual and Performing Arts Center, Dayton Playhouse, Beavercreek Community Theatre, Memorial Hall in Cincinnati, the original independent production of Soldier Christmas presented at NKU, Town Hall Theatre, and Yellow Brick Theatre. She was an artistic director/teacher for Norwood City Schools where she designed, directed, and costumed shows for 37 years. She continues to support theatre in schools, through volunteering, donations, and as an adjudicator with the Miami Valley High School Theatre Awards. She wants to thank her husband and children for their years of support.

For 30 years, Shaunn has worked on hundreds of projects, from professional theatre to television and feature films. He has directed for The Human Race Theatre Company, directed and assistant directed several short and feature film projects, taught cinematography at The University of Cincinnati, and teaches classes on acting for the camera.  Currently he is Managing Partner of WorldStage Media, an award-winning commercial media and entertainment production company located in Dayton, Ohio, and their latest short film Him / Her will be hitting festivals later this year.  Shaunn misses the live theatre terribly, but is thrilled to be working with The Human Race on Now and Then and The Revolutionists.  He hopes this virtual production will tide-over other theatre lovers, and looks forward to the day when we can once again meet up and tell our stories in person.

Alexander is a designer from Detroit, MI. He graduated from Ohio Northern University in 2019 with a BFA in Musical Theatre Performance and a minor in Theatre Technology and Design. He has previously scenic designed Newsies: The Musical (Little Theatre on the Square), Hayavadana (ONU), Love’s Fire: One-Act Plays Inspired by Shakespeare’s Sonnets (ONU), and served as assistant scenic designer on Romeo and Juliet (ONU) and The Pirates of Penzance (ONU). He has designed and operated projections for multiple LTOTS and ONU productions. He has also appeared in multiple ONU productions including the role of Prior in Angels in America, Part One: Millennium Approaches directed by HRTC’s Kappy Kilburn.

Marya has a career that is a blissful blend of performing, directing and teaching other theatre artists. She is Associate Professor and serves as Head of Acting in Wright State University’s Department of Theatre, Dance, and Motion Pictures. At The Human Race Theatre Company, directing credits include Gloria: A Life, Sylvia, Brighton Beach Memoirs, Managing Maxine and Becky’s New Car. At WSU, most recent productions include The Wolves by Sarah DeLappe and The Curious Incident of the Dog in the Nighttime by Simon Stephens. Marya has been seen in recent years onstage regionally in Dayton with The Human Race Theatre in Americana Christmas, and Dayton Philharmonic/Human Race Theatre Company’s Best of Broadway I & II at the Schuster Center. In Columbus with Short North Stage, she walked in the shoes of Desiree in A Little Night Music. She is an active member of Actors’ Equity Association, American Federation of Television and Radio Artists, and serves as Co-chair of the Executive Board of Alexander Technique International. Marya is a proud Resident Artist of The Human Race Theatre Company. 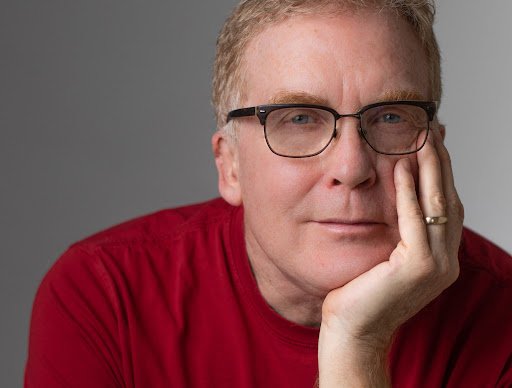 Sean Grennan is a playwright, lyricist, librettist, and actor who began writing for the stage as co-librettist for Phantom of the Country Opera, produced by Marriott Theatre in Chicago in 1995 and was subsequently published by MTI. His plays and musicals — most of them published by Playscripts, Inc. — have gone on to hundreds of productions around the world, including the U.S., Canada, Russia, Australia, China, the Middle East, England, Latvia, and Spain. His first non-musical, the comedy Luck! was produced by the Epic Theatre Company in New York City. Working as book writer and lyricist, his musicals with composer Leah Okimoto include Married Alive!, A Dog’s Life and Another Night Before Christmas, all of which premiered at Kansas City’s American Heartland Theatre under the direction of his mentor and friend, Paul Hough. AHT also premiered his non-musical comedies Beer for Breakfast and As Long As We Both Shall Live. His popular play Making God Laugh premiered in 2011 at Peninsula Players Theatre, under the direction of Tom Mula. It has gone on to receive more than 100 productions in the U.S., Canada, and the U.K. His play, The Tin Woman, also had its world premiere by Peninsula Players in 2014. In June of ’18, his newest play, Now and Then premiered back at Peninsula. Following a career as an actor and writer in his hometown of Chicago, Sean now lives, (occasionally) auditions, and writes in New York City, sharing a home with his actress-muse-wife Kathy Santen and office space with his dog, Hank. Kathy recently finished a 13-year-run in Broadway’s Wicked. In the fall of ’17, Sean was Playwright in Residence at Centre Stage’s “New Play Festival” in Greenville, SC. In September of ’18, he was Playwright in Residence at Lamb Arts Regional Theatre in Sioux City, IA, and adjudicator for the Midwest Dramatists Conference in Kansas City.

HARRY A. TOULMIN, JR., AND VIRGINIA B. TOULMIN FUND