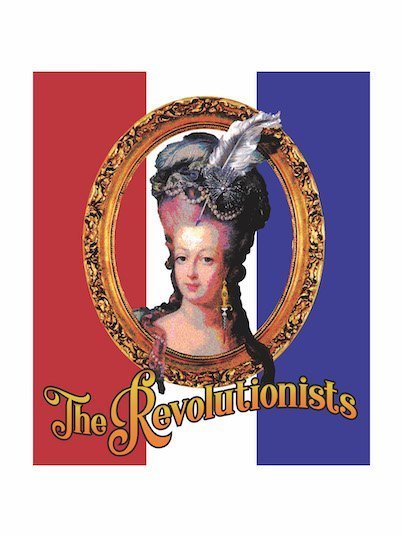 Four beautiful, badass women lose their heads in this irreverent, girl-powered comedy set during the French Revolution’s Reign of Terror, but feeling a bit like Sex and the City circa 1793 Paris. Charlotte Corday (assassin), Olympe de Gouges (playwright), Marie Antoinette (former queen), and Marianne Angelle (Haitian rebel) are all committed to finding Equality for Women while trying to figure out what it means to be “revolutionary.” This grand and zany comedy is about violence and legacy, art and activism, feminism and terrorism, compatriots and chosen sisters, and how we actually go about changing the world without losing our heads.

Commissioned and first produced by Cincinnati Playhouse in the Park.

Ginna is an Ohio native and has performed at various American regional theatres, most notably in 31 productions at American Shakespeare Center including the world premieres of Shakespeare’s Sister (titular role) and her self-written play, The Twelve Dates of Christmas.  Other performances include Moon Over Buffalo (Cape May Stage); Next Fall, The 39 Steps, and The Twelve Dates of Christmas (CATCO); Proof (Heritage Repertory); Almost, Maine (Project SEE); and The World Premiere of Richard Dresser’s What Are You Afraid Of? (Humana Festival, Actors Theatre of Louisville.) She has also been a writer/producer for the Emmy nominated TV show, Brain Games. www.ginnahoben.com, www.the12datesofchristmas.com.

Maggie is pumped to be back eating cake at Human Race where she was last seen as Abby in Now and Then. An Oklahoma native, she attended William Jewell and the Birmingham School of Acting. She’s performed with Birmingham Old Rep, Kentucky Shakespeare, Know Theatre, StageOne, and the Cincinnati Shakespeare Company where she’s made fond memories playing Maggie in Cat on a Hot Tin Roof, Mary Shelley in Mary’s Monster, and Jo March in Little Women. She sends love to Justin, family, and her fur babies. Check out her website at www.maggielourader.com!

Tess is thrilled to make her debut with The Human Race Theatre Company! A Cincinnati native, she has performed with Know Theatre of Cincinnati (Girl in the Red Corner, Ada and the Engine, Mercury, Listen for the Light), Cincinnati Playhouse in the Park (Alias Grace), Ensemble Theatre Cincinnati (When We Were Young and Unafraid), New Edgecliff Theatre (Venus in Fur), and Cincinnati Shakespeare Company (favorite credits include Henry VI, Julius Caesar, Death of a Salesman). Tess holds a BFA in Acting from Wright State University. She would like to send a profound thank you her voice coach, Chaslee Schweitzer. Love to her family, biological and theatrical.

Torie is a graduate of the University of Cincinnati College-Conservatory of Music with a BFA in Dramatic Performance, and has been performing professionally for over 15 years. She has co-adapted and performed a one-woman show, Your Negro Tour Guide, at various venues across the country. Her film work includes A Christmas Melody, starring and directed by Mariah Carey; The Old Man and the Gun with Robert Redford and Danny Glover and Extremely Wicked, Shockingly Evil and Vile starring Zac Efron. Cincinnati credits include Collapse, Afghan Women Writer’s Project, Bloody Bloody Andrew Jackson, Pluto, Harry and the Thief (Know Theatre of Cincinnati); The Mountaintop, Cinderella, Violet and His Eye is on The Sparrow (Ensemble Theatre Cincinnati); Twilight: Los Angeles 1992 by Anna Deveare Smith (Diogenes Theatre Co); Mame, Vanya and Sonia and Masha and Spike and Crowns (The Human Race Theatre Co.) and Oliver Twist, A Raisin in the Sun and Fences (Cincinnati Shakespeare Co.) She appeared in To Kill a Mockingbird with both Cincinnati Shakespeare Company and Cincinnati Playhouse in the Park. Her directing credits include We Are Proud to Present…and Good Kids at Miami University Department of Theatre, Dreamgirls and Proof at The Carnegie Theater, and Blues for an Alabama Sky at Falcon Theatre.

For 30 years, Shaunn has worked on hundreds of projects, from professional theatre to television and feature films. He has directed for The Human Race Theatre Company, directed and assistant directed several short and feature film projects, taught cinematography at The University of Cincinnati, and teaches classes on acting for the camera.  Currently he is Managing Partner of WorldStage Media, an award-winning commercial media and entertainment production company located in Dayton, Ohio, and their latest short film Him / Her will be hitting festivals later this year.  Shaunn misses the live theatre terribly, but is thrilled to be working with The Human Race on Now and Then and The Revolutionists.  He hopes this virtual production will tide-over other theatre lovers, and looks forward to the day when we can once again meet up and tell our stories in person.

Jacquelyn is delighted to begin her fifth season with HRTC! Jacquelyn received her BFA in Theatre Design & Technology with an emphasis in Stage Management from Wright State University. During her collegiate years Jacquelyn had the pleasure of working for Adam Pascal, Jason Robert Brown, and Tom Hanks. Her first show with HRTC was Hail Mary! back in October 2016. After nine consecutive shows as the Production Assistant Jacquelyn was promoted to Production Stage Manager in Spring 2018 during Brighton Beach Memoirs. She is a proud member of Actors’ Equity Association and encourages you all to follow us on social media!

Margarett has directed numerous productions at The Human Race Theatre Company including The House, God of Carnage, Hail Mary!, One Slight Hitch, Vanya and Sonia and Masha and Spike, Other Desert Cities, Retreat from Moscow, Painting Churches and two world premieres— Michael Slade’s Under a Red Moon and Patricia O’Hara’s Banned from Baseball. She is an award-winning director of new plays and has directed and developed new work Off-Broadway and in regional theatres across the country as well as Scotland and London. Her last production before the shutdown was the world premiere of Born in East Berlin by Rogelio Martinez at San Francisco Playhouse.  Margarett was the Resident Director at the Kitchen Theatre in Ithaca where she directed over 25 productions—including last season’s The Children. Other recent credits include A Doll’s House, Part 2 (Hudson Stage), Electra (Resident Acting Company), Brian Dykstra’s hip hop play, Used to Was (Maybe Did), with Center Theatre Group, the world premiere of Seared by Theresa Rebeck (SF Playhouse), and Shrek the Musical (Connecticut Rep). She was the Producing Artistic Director of Access Theater in NYC where she produced and directed dozens of new plays and world premieres.  Margarett is an Artistic Fellow at The Lark in NYC where she has worked with a variety of writers developing new work.  Upcoming: Time Passes by Brian Dykstra (Resident Acting Company) and The Golfer by Brian Parks (Assembly Rooms, Edinburgh) Member SDC. www.margarettperry.com

Ray is always excited to work with the Human Race Theatre, previously designing Lizzie, The House, and One Slight Hitch. He has also worked as a Scenic Artist on numerous productions for the Race since 2007. Zupp spent four seasons working with the Dayton Ballet, designing their productions of Cinderella, The Nutcracker, Romeo & Juliet, and was the costume and scenic designer for Dracula: Bloodlines. Ray has designed for numerous theater companies across the United States over the last decade. Television credits include work on various reality shows for FOX, CMT, OWN, the HUB, MNET America, as well as ABC’s Brothers & Sisters, HBO’s Girls, NBC’s Deception, and NETFLIX’s Orange is the New Black. 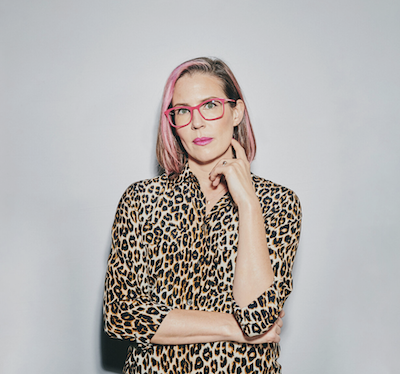 Lauren has been one of the most produced playwrights in America since 2015 topping the list twice including 2019/20. She is a two-time winner of the Steinberg/ATCA New Play Award for I and You and The Book of Will, the winner of the Lanford Wilson Award and the Otis Guernsey New Voices Award, a finalist for the Susan Smith Blackburn Prize and John Gassner Award for Playwriting, and a recipient of the Mellon Foundation’s Residency with Marin Theatre Company. She studied Southern Literature and Drama at Emory University, and Dramatic Writing at NYU’s Tisch School where she was a Reynolds Fellow in Social Entrepreneurship. She co-authored the Miss Bennet plays with Margot Melcon, and her play The Half-Life of Marie Curie is available on Audible.com. Her work is published at Playscripts (I and You; Exit Pursued By A Bear; The Taming and Toil And Trouble), Dramatists Play Service (The Revolutionists; The Book of Will; Silent Sky; Bauer, Natural Shocks, The Wickhams and Miss Bennet) and Samuel French (Emilie). Her picture book Dr Wonderful: Blast Off to the Moon is available from Two Lions/Amazon. She is currently developing musicals with Ari Afsar, Dave Stewart and Joss Stone. LaurenGunderson.com

HARRY A. TOULMIN, JR., AND VIRGINIA B. TOULMIN FUND